So it’s been another week. I can no longer keep up.

Tuesday was just another regular Tuesday with some studying, followed by laundry, then Swedish Lounge. Yet, instead of going to my regular Kalmar Pub night, I ventured off to a new Asian restaurant, where we had some amazing food. Have I mentioned my love for this type of food yet? Well, now I have. There’s another thing I’ll miss about Sweden. We had a relaxing evening, which ended around midnight in Ariman, another one of my favourite cafés, when we decided it was time for bed.

On Wednesday, I went to class, followed by my claiming my spot on the Swedish table at Café Multilingua. I’d been studying in the area where the café is held, so I managed to get the very first spot on the table. Success after all.

Then on Thursday I met up with Siqi, my new Chinese friend, to go and buy tickets for the Winter Ball (Vinterbalen) because it was on my bucket list to attend a ball at least once here in Lund. Of course we have balls in Belgium, but seeing as Lund is a student city that feeds on traditions, I would be crazy to miss out on one of those. We were there well in time before they started selling the tickets, but had to wait in line for 2 hours nonetheless. Needless to say that my toes were frozen, despite the pepparkakor and glögg that was provided for those waiting. When we eventually got our hands on the tickets, we rewarded ourselves with a quick lunch before Siqi had to go back to class. It was also one of the coldest days we’ve had so far, and I think it’s safe to say that winter is only just around the corner.

The day after, I decided to discover another side of Malmö that I hadn’t been to. I took the train to Triangeln, a train station in the south of Malmö. Rumour had it this neighbourhood was a bit more culturally diverse, which of course got my attention.There were lots of foreign food shops, that is for sure, and this part of the city reminded me of Brussels in a way. Some of the highlights included Folkets Park, which was adorned with colourful graffiti, kind of brightening up my day too, Möllevångstorget where the daily fruit and veggie market is held, and Konsthallen, where I saw the weirdest and smallest modern art exhibition ever. I concluded my day by some – you guessed it – shopping. This time I actually had a reason seeing as I had to find a dress for the Winter Ball. I tried on a lot of dresses and the lady was really helpful, but none of the dresses screamed my name and neither did the price tags. I gave up and ordered one online instead, which was actually great because it was 1) easier 2) cheaper 3) the dresses were prettier. And hallelujah, the dress arrived today and it fits! Can’t wait to get all dressed up now! That same night I went to Kalmar pub to see my American friends who had been travelling; great to see them and being able to catch up. 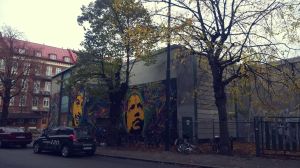 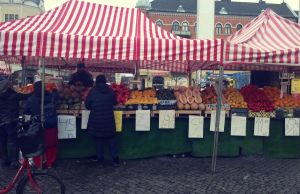 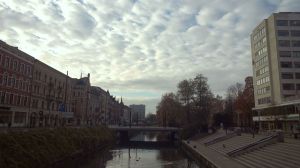 On Friday, Naomé and I planned a day in Copenhagen. She was there for the weekend, so I met her at the train station. This time I didn’t plan anything (it’s true, you’d better believe it) and let her decide what we were going to do. We ended up going to Rundetaarn (the Round Tower) where we enjoyed some pretty panoramic views, stumbled across some glögg smelling Christmas Markets, the Botanical Gardens, The National Gallery of Denmark (worth a visit!) and Tivoli to see it in its full Christmas glory. A great day, especially for Naomé who found her long lost friend, Witlof (here is a picture for those of you who don’t know it). Yes, some vegetables are hard to find here. Please, grandma, make me some witloof met hesp en kaassaus rollekes when I come back! ;) 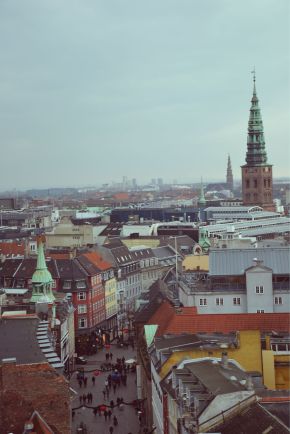 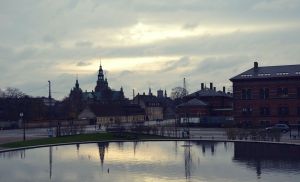 On Sunday I got to sleep in and enjoy a free Lund Cathedral tour in the afternoon. I had been in Domkyrkan (The Cathedral) before but it was pretty cool to hear the history behind the church and a bit of Lund. And surprisingly enough, I was craving some knowledge. Although the Swedish university system is good for my stress levels, it is not for my brain. I am ACTUALLY missing taking up new information, learning things. Which is also why I’ve started reading books now that I have the time. I feel like reading can never hurt; it keeps my brain active at least.  Anyhow, I spent the rest of my quiet Sunday afternoon in Barista, a coffee shop here in Lund, reading for school. I then headed to my slightly different hot yoga class; I registered for a hot yin class, which consists of relaxing poses, longer stretches and breathing exercises. I came out completely zen. And I believe others came out completely rested, as I heard some snoring going on next to me. 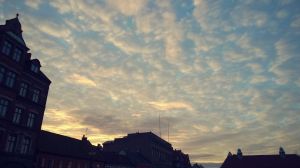 Unfortunately, the start of this week hasn’t been very pleasant for me. I woke up Monday morning feeling queasy and every inch of my body aching. I thought I was just sore from yoga, but nothing is less true. I have the flu. And as usual, I had to go through denial first. I went to class, had lunch, felt worse, felt a little bit better later, did group work, felt better, went to see the new Hunger Games movie with my friend Camilla, felt way worse. It wasn’t until I got home, all shaky and hot from fever that I realised that it was probably a good idea to go to bed. The early night did wonders, because I woke up feeling much better this morning, making it to all my previously canceled plans after all.

I went to Afternoon Teasdag at Sydskånska Nation with Siqi and Stacey today, where they served freshly baked scones with jam and cream, cake, sandwiches and tea. It all looked very tasty, but after having finished only one scone, I knew that my stomach wasn’t feeling it yet. Guess I have to give it time. And patience is not my strong point. Good thing I currently live in the land of knäckebröd though, because that’s all I’ve been able to eat.

PS: After weeks and weeks of cloudy weather, dark days and having to take Vitamine D tablets to survive, the sun made an appearance today. I’ve never been happier to see that round ball of gas.